Contact expert
close menu
We guarantee a 24/7 worldwide support.
We’re here to help with the most fitting solutions for you. Yes, globally - get in touch with our experts today.

Being innovative is not something new at VBH… It’s been in our DNA from the outset.

Having been exclusively dedicated to integrating luxury technology onboard superyachts for over half a century, VBH has built up an impressive track record. Well over 300 superyachts in the global fleet have benefitted from the expertise of our team and we have pioneered all kinds of installations.

Family-owned business
The Van Berge Henegouwen family first came into contact with the yachting world in 1963 when it installed a car radio on a Feadship. In 1985 the company Van Berge Henegouwen Installaties – VBH for short – was set up to deal exclusively with the growing superyacht sector. Over the years, Arthur van Berge Henegouwen transformed this enterprise into a specialised audio-video firm, laying the foundations for what became the leading system integrator for premium superyachts.

Trackrecord
Where it all starts... De Kaag - The Netherlands
In 1963, Van Berge Henegouwen installed the first car radio on board a yacht.
Old ADA-system One of the first centralized audio distribution systems onboard

After the original premises on Kaag island became too small to handle the growing demand, VBH opened a custom-designed new building in nearby Roelofarendsveen in 2000. The rapid pace of growth continued and, after a restructuring, the company was sold in 2008. In 2015 VBH moved its headquarters to Amsterdam.

A common thread throughout this history has been a spirit of innovation and creativity as well as a love of technology. VBH continues to operate independently and its rich heritage still shapes the way the business operates today.

VBH is now a truly multidisciplinary business, offering clients AV, IT, control, communications, lighting and security systems onboard yachts. Our philosophy is to fully support clients through the entire lifecycle of a vessel by providing a broad range of products and services with access to a worldwide network of service centers. VBH offices in Germany, France and the United States support this approach. 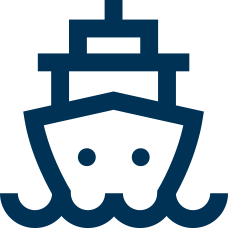 Start as a family-owned business

The Van Berge family first came into contact with the yachting world in 1963 when it installed a car radio on board a Feadship.

Large global fleet of yachts with a VBH installation